Remember way back in January when I was super sad about the lack of snow?  I rhapsodized about how winter and cold and January are fine as long as we can have some decent snow.  I fell prey to nostalgia, harkening back to the halcyon days of my childhood when the drifts were higher than me and we snowshoed to school, uphill both ways, because it was more fun than sledding to school, downhill both ways.

Now it’s past February (technically it’s MARCH) and you, Weather, said Fine.  Here’s some snow.  Only you didn’t seem to have any plan.  You simply dumped big piles when you felt like it.  And then there was the time that you rained before dropping twenty degrees, making ice rinks of the roads.  You added a couple inches of snow on top just to lull us into a false sense of security.  The herd of Minnesota Subarus grew restless until their owners finally relented and opened the garage doors. “Awesome!  Playtime!”

SoCal transplants emerged, blinking, from their early 1900s brick apartment buildings in the Uptown neighborhood of Minneapolis.  They quickly realized several unfortunate facts: 1) their Dolce Vita Santo Booties weren’t gonna cut it 2) their Prius had been literally buried by the plows 3) they didn’t own a shovel and didn’t know how to use one even if they did.

But Weather, enough already.  Really.  The stunt you pulled in southern Minnesota ten days ago with the ground blizzards?  Zero visibility?  Not cool.  (Admittedly, we made our own bed by clearcutting all the trees and draining the wetlands, but still…)  We had to call in the National Guard, a serious blow to our self-reliant Minnesota identity.  The hardy folk who actually live in SoMin scoffed; they had already arranged to send hotdish to the Torgersons, determined how to get the large-animal vet safely to her urgent appointment, and opened their VFWs, churches, and schools to the travelers stranded on the roads.

Don’t even get me started on the school closing situation.  Six snow/cold days in the past four weeks?  SIX?????  Oh, you’re claiming it was five.  Whatever.  Felt like six.  #togetherness.

Perhaps it’s because you’re an overachiever that you felt obligated to set some Low Temperature records on top of the snowvalanche?  March 3, 2019.  Minus 13 Fahrenheit.  Nice.   Minnesota Nice.

We’re there, Winter.  We’re at the point where not one thread in our closet brings us any joy whatsoever.  And the Land of Retail has decided it’s Spring?  Let me show you what Spring looks like around here.  (photos borrowed from Ken and Marit) 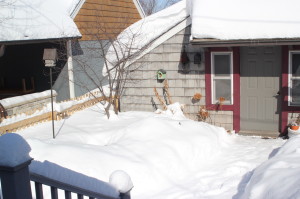 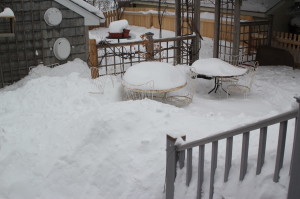 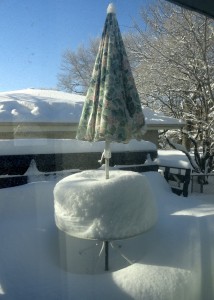 This entry was posted in Blog and tagged Minnesota, snow, winter. Bookmark the permalink.