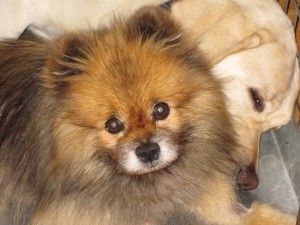 My beloved Pomeranian, Rafa, died last May of heart failure.  Naturally, I assumed Ace would be just fine with the immediate procurement of another Pom.  Not so.  Turns out Ace enjoyed the relative dearth of barking.

Dear Universe, please send me a Pomeranian.  The Universe had other ideas. 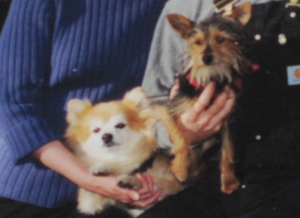 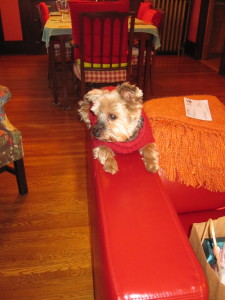 After Rafa’s death, I took all of his heart meds to a Second Chance adoption event and gave them to the program director.  I might’ve mentioned that I was in the market for a Pomeranian.  It’s possible that I wrote down my name and phone number.

Roughly three days later, the program director called and asked if we could foster a Pomeranian.  The dog was about nine years old with multiple medical problems and had been removed from an abusive situation.  Oh, and the dog was a biter.

I played the Child card even though The Big E spent his whole toddlerhood as Henry’s chewtoy.

Shortly (very shortly) thereafter, another Pom needed a foster home.  The dog’s human mother had dementia and was no longer able to care for a pet.  Great! I said.  Remarkably, Ace agreed.  The devil you know…

More info emerged and the situation muddied.  The Pom was a barker and liked to bite folks who got too close to her human.  #Suboptimal.

Cheryl lives two blocks from us and happens to foster for Second Chance.  She mentioned to me that she had a darling Yorkie she thought my parents should meet.  I stopped by and took “Newton” for a little walk.  My parents loved him.  (“If he actually looked like a Yorkie we’d be seriously tempted.”)  My son loved him.  My Labrador Retriever loved him.  My husband tolerated him.

At which time I pulled the Great Switcheroo of 2017.  I asked Cheryl to trade; we would foster Newton and she would foster the barker/biter.  She agreed.

I wanted a Pomeranian. 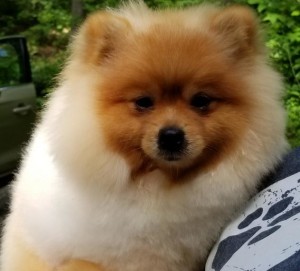 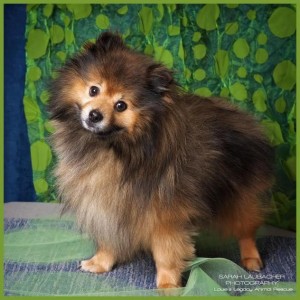 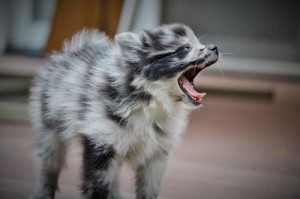 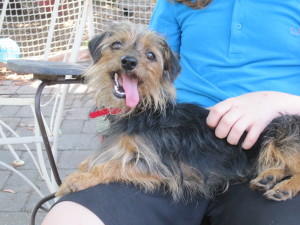 This is NOT a Pomeranian.

During our brief stint as a “foster” family, I renamed Newton, ordered up a dog tag with his new name and our address, applied for a lifelong St. Paul pet license, and bought him an adorable faux-leather jacket.

I signed the adoption papers.

Fergus is not a Pomeranian.  But he’s perfect.  He loves his human and canine brothers.  He rarely barks.  He helped me study for my medical Board exam.  He snuggles.  He sleeps at my feet and in the morning when I’m waking up, he comes up and sits on my chest.  He’ll even wash my face. 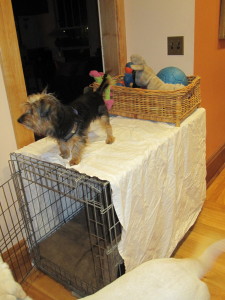 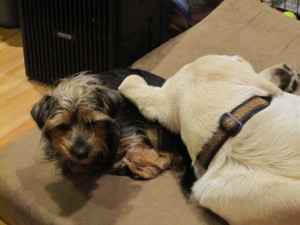 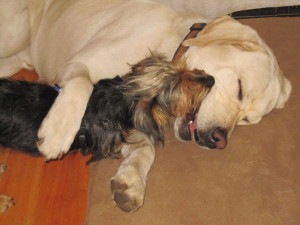 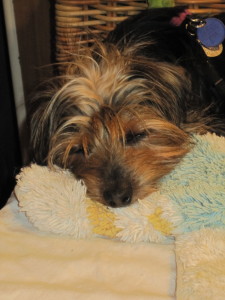 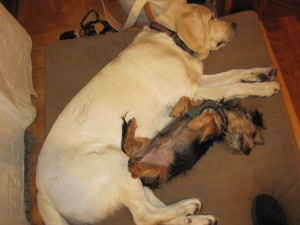 I’m planning to sew Fergus a Pomeranian suit for halloween. 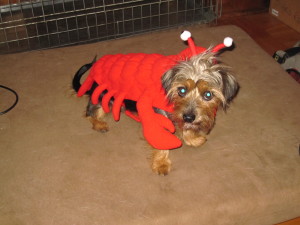 I set my intention.  I asked the Universe for a Pomeranian.  The Universe supplied me with the only small dog my husband could tolerate, and maybe even love.

This entry was posted in Blog and tagged dogs, family, love. Bookmark the permalink.