Fellowship of the Ring: The Outlander Wedding

During the ’90s I made several trips to Phoenix.  I can’t recommend this city to anyone with a propensity for lung disease.  To land at the airport, one must fly through a smog pancake.  Oxygen mask, indeed. 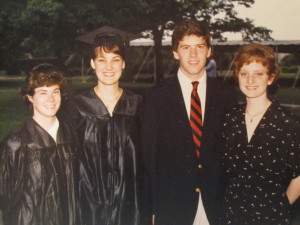 Jess and I braved reactive airway disease to see our dear college friend, Stace, on a visit that stands out in my mind for three reasons.

One: We took a teensy plane over to Disneyland.  I felt sick – like bodyfever sick.  In retrospect I blame the bad air, magnified by sharing oxygen with two flightfuls of cesspoolish germ-mongers.  The s$#t literally hit the fan when I walked through the gate at Disney and a bird emptied the contents of its alimentary canal onto my face.  My poor friends tried valiantly to stifle their giggles.  I took to bed and stayed there for 24 hours.

Two: We visited the Grand Fog Pit.  Most people know it as the Grand Canyon.

Three: Jess introduced me to Diana Gabaldon’s Outlander and permanently altered my life.

I won’t rhapsodize further about my undying devotion to this series and its author.  Been there, done that.  I simply want to thank Gabaldon for connecting me with approximately 2.5 million kindred spirits.  Partial world harmony brought about by a set of historical novels.  And we’ve all been waiting, some for a year or two, others (moi) for over two decades.  For what, you say?

FOR CLAIRE AND JAMIE TO GET MARRIED ALREADY!!!!!  Visually, you know.  I’ve imagined their wedding, painted images in my mind with Gabaldon’s words.  I fantasized about whom I would cast as Jamie (Alex O’Loughlin or Chris Hemsworth.  Sam Heughan got the part – now there’s a man whose behind I can get behind.)  The casting of Claire mattered less to me, even though Outlander is her story.  Any strong-willed, curly-headed, incredibly intelligent, stubborn, deft, clever, passionate lass would do.

Let me now profess my abiding love for producer Ron Moore, the dude who was like “18th century Scotland?  Time travel?  Complicated love?  Sadism and rape?  Sixteen episodes per book?  I’m in!”  And a Starz Outlander series is born.

I attended Jamie and Claire’s wedding Saturday evening with four friends: one old, one newer, two new.  Outlanderlove brought us together.  Outlanderlove will bring us back every other week into perpetuity.  Thank you, Diana Gabaldon, for the words that bind our hearts together in friendship. 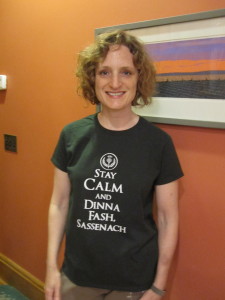 In me weddin’ finery. 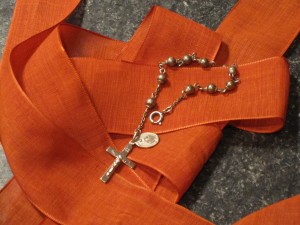 A wee shower gift for Claire – I suggested she put it on IMMEDIATELY. 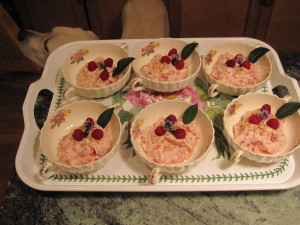 Cranachan for the wedding feast. Whiskey+berries+whiskey+cream+whiskey. 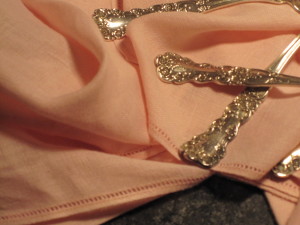 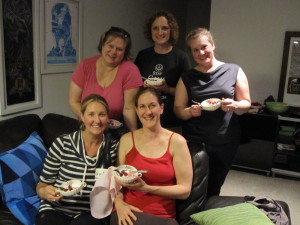 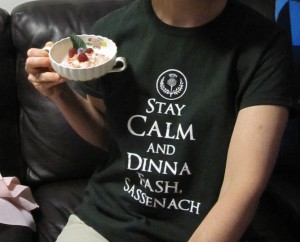 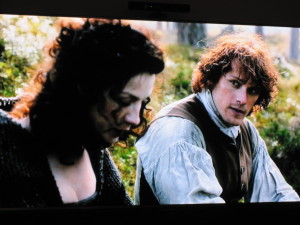 *sigh* (No of course I don’t own this image. I photographed a Starz television show because I’m only slightly obsessed.) 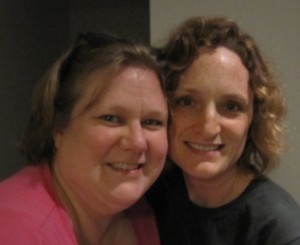 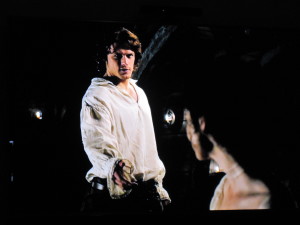 (see above disclaimer regarding ownership) 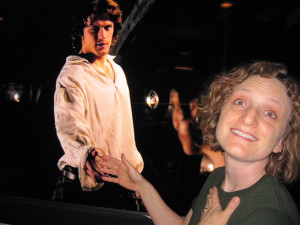 This entry was posted in Blog and tagged Diana Gabaldon, friendship, Outlander. Bookmark the permalink.