The Six Stages of Minnesota Winter 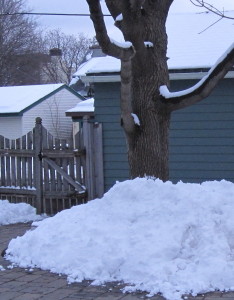 I vowed to avoid writing yet another post about the weather.  My resolve dissolved when confronted with more SNOW on this the “first day of Spring”.

Using Elisabeth Kübler-Ross’ model for the stages of grief, I will outline typical behavior associated with each Stage of Minnesota Winter.

1)    Denial:  An individual in the Denial Stage of Winter continues to wear flip flops.  She presents frequently in the emergency room with complaints of inexplicable extremity numbness.  She refuses to shovel, chop ice, or lay down grit, making her sidewalks treacherous at best.  The person in the Denial Stage continues to schedule weekend getaways to Bemidji, Hibbing, and International Falls.  She routinely arrives late to work and pops outside during lunch wearing only a t-shirt and jeans to “catch a breath of fresh air”.  The Denial Stage generally doesn’t last long, with frostbite being the major motivator to move on.

2)    Anger:  A man in the Anger Stage of Winter is best avoided.  He builds large bonfires with his long undies, SmartWool socks, and polar fleece neck gators.  His Facebook friends receive snarky messages, often in the dead of night.  He tells the neighborhood Girl Scouts exactly what they can do with their cookies.  Snowmen on his block turn up decapitated and eviscerated, with link sausage and red Kool-Aid pouring from their gaping midsections.  In extreme cases, the Angry man might send booby-trapped boxes of antifreeze and roadsalt to relatives in Hawaii or Florida. 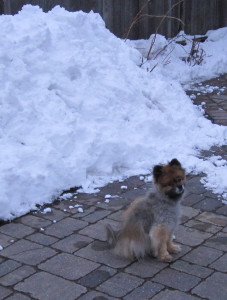 Rafa in the Depression Stage of Winter. Note his frown.

4)    Depression:  The man immersed in the Depression Stage of Winter disappears from work obligations for weeks at a time.  If spotted in his natural habitat (a recliner chair at home) he will likely be wearing Zubaz and a 1986 Metallica “Damage Inc.” tour t-shirt.  Nutrition is not a major concern and the floor surrounding his habitat is often littered with pizza boxes and Grain Belt bottles.  Social activities during the Depression Stage are limited to texting during Friends re-runs.

5)    Acceptance:  In the Acceptance Stage, people replace their anklets with thigh high merino wool.  They purchase Subarus.  Fashion flies out the window in favor of bulky layers of cotton, wool, and down, generally in somber hues of brown or black.  The locavore in the Acceptance Stage is at particular risk of malnourishment, being reduced to winter squash and any fruits she was able to “put up” after last summer’s three week growing season.  She might be tempted by Mexican clementines and Chilean avocados, but will generally persevere, comforted by her green bean “dilly” pickles. 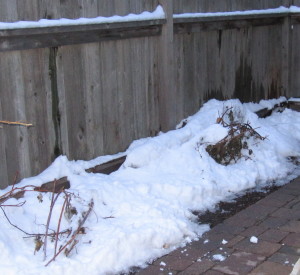 6)    Cocky:  The Cocky Stage of Winter is characterized by gaudy fluorescent North Face parkas and moderately irrational decision-making.  Men over forty engage in questionably safe physical activities such as ice hockey and snowboarding.  Teenagers brag about windchills on Twitter.  Cocky meteorologists confirm that Minnesota is indeed in the midst of the worst winter ever in recorded history.  A woman in the Cocky Stage might trade in her sensible gray Outback for a sporty orange Crosstrek.  Elderly grandmothers don their Yaktrax and shake their hiking poles at the sky.         “Is that all you got, you whippersnapper?  BRING IT ON!!!!!”

This entry was posted in Blog and tagged levity, Minnesota, weather. Bookmark the permalink.

One Response to The Six Stages of Minnesota Winter